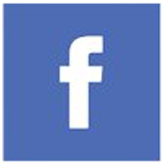 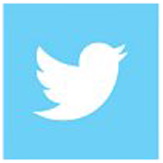 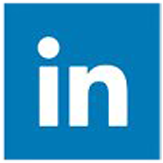 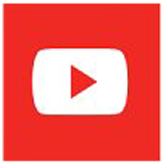 More times than we care to admit, as consumers, we make purchases without giving much thought to the quality and care that may, or may not have gone into its creation.  We trust that manufacturers are making the products we desire with our best interests in mind, or sometimes we are simply swayed into buying a “name” because of mass marketing schemes.  Even worse, we neglect to buy American-made products and settle for cheap imports that don’t last or perform as they should.

Your safety, ease of use, dependability, comfortable ride, and a sound financial investment are all factors that should be carefully considered.

PullRite has always gone the extra mile to ensure that we are building something right here in the USA that we can be proud of, and we’ve upheld that level of integrity for nearly 40 years now.  Our innovation and quality of products remains unparalleled, though the competition would have you think otherwise as they attempt to model their concepts after our own.  And some have come pretty close, but there’s still nothing like a PullRite hitch!  So let’s reexamine the hitch head types a little more closely so we can show you where the other guys fall short.

There is one, all-important question you should be asking yourself—how securely does it hold the king pin in place within the head of the hitch when you’re towing? 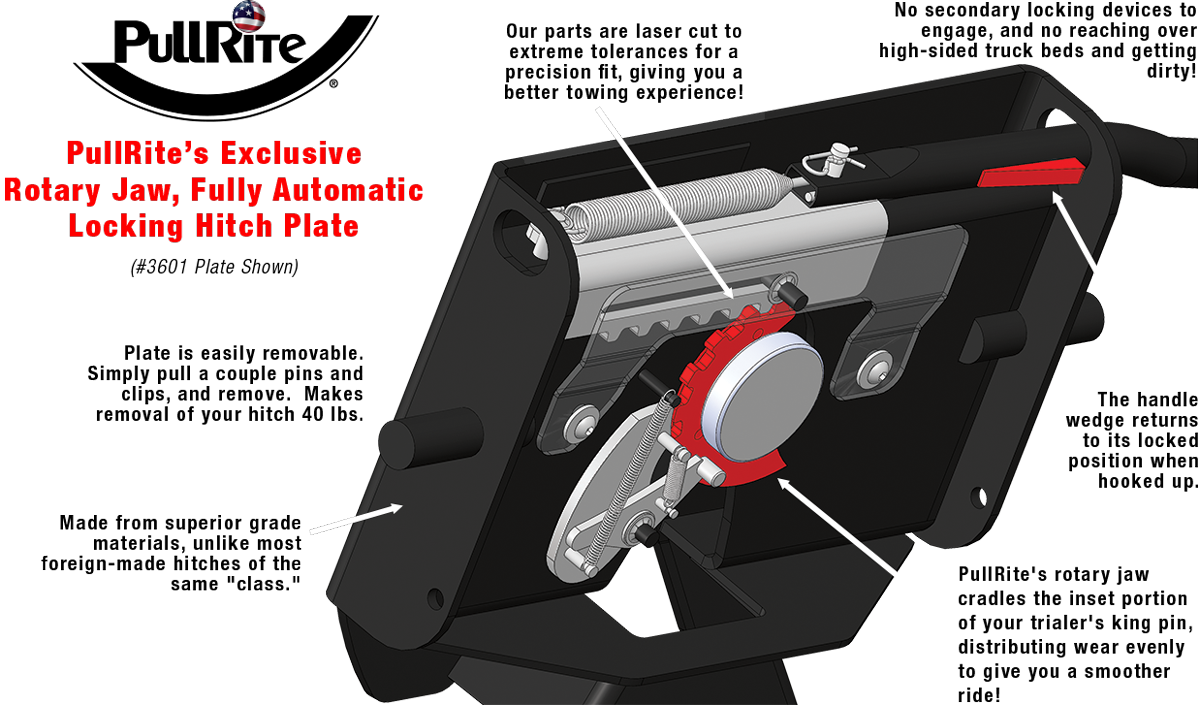 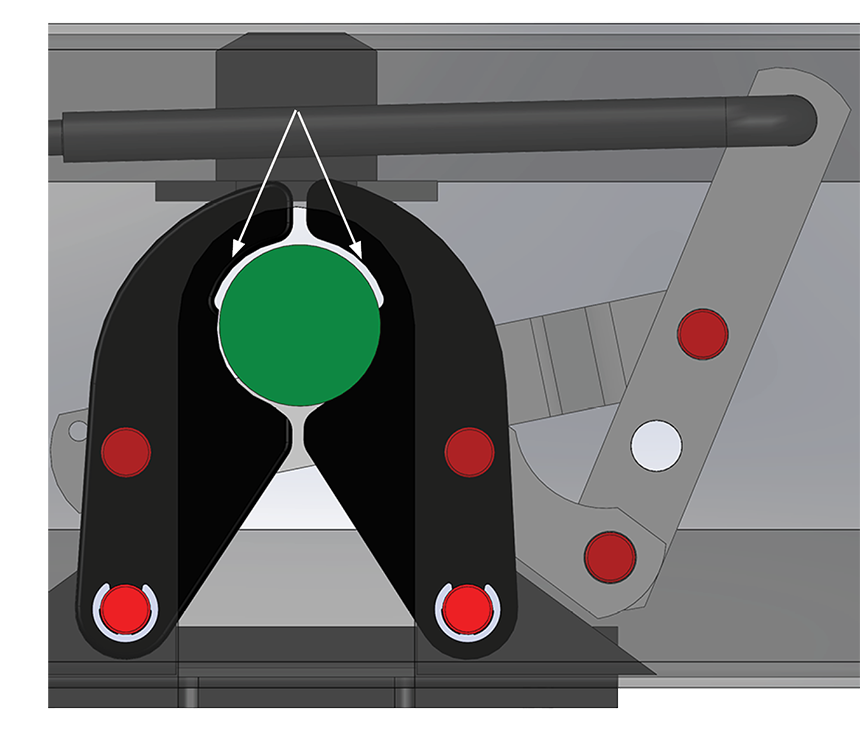 Hitch heads that use the CLAMSHELL JAW, at first glance, appear to wrap around the king pin and hold it securely in place similar to a PullRite, but it has several flaws in its design.  First, notice how much negative space there is around the 2” main shaft of the king pin (green).  There’s quite a bit, and in towing, that equates to what is called “slop” and it causes “chucking”—that back and forth (and sometimes side-to-side) clunking around.

Also, you will see, there is no supporting metal that “retains” the jaw in the hitch head.  The jaws on each side are completely open to the mouth of the hitch head, so if something did happen and the king pin came loose from the jaws, it would fall right out and take a part of your truck with it!

So what’s holding the jaws in place?  Where is the force from towing being distributed?  These 5/8” pins (highlighted in red).  Now just think about the thousands of pounds of tongue weight pulling on that jaw and those small pins and their thin metal arms that connect them.  Doesn’t build much confidence in that type of jaw structure does it?

So let’s look at an illustration that accurately depicts how this type of jaw works—a sawhorse. 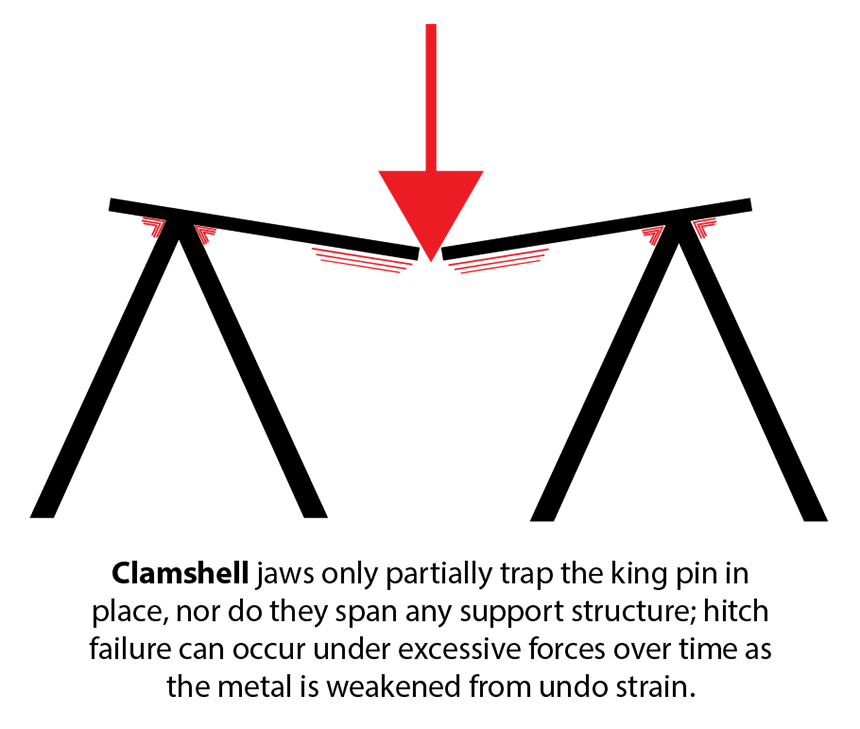 For a sawhorse to be effective, a support must span two anchor points, distributing the weight evenly.  Now think of a clamshell type jaw—the support pieces are not one structure and will give under pressure.

Notice the illustration here and how the jaws don’t quite close or touch one another.  That’s a problem!  Manufacturers of this type of jaw typically say the force being exerted rearward against the two points of the clamshell strengthens and closes the jaws more tightly. 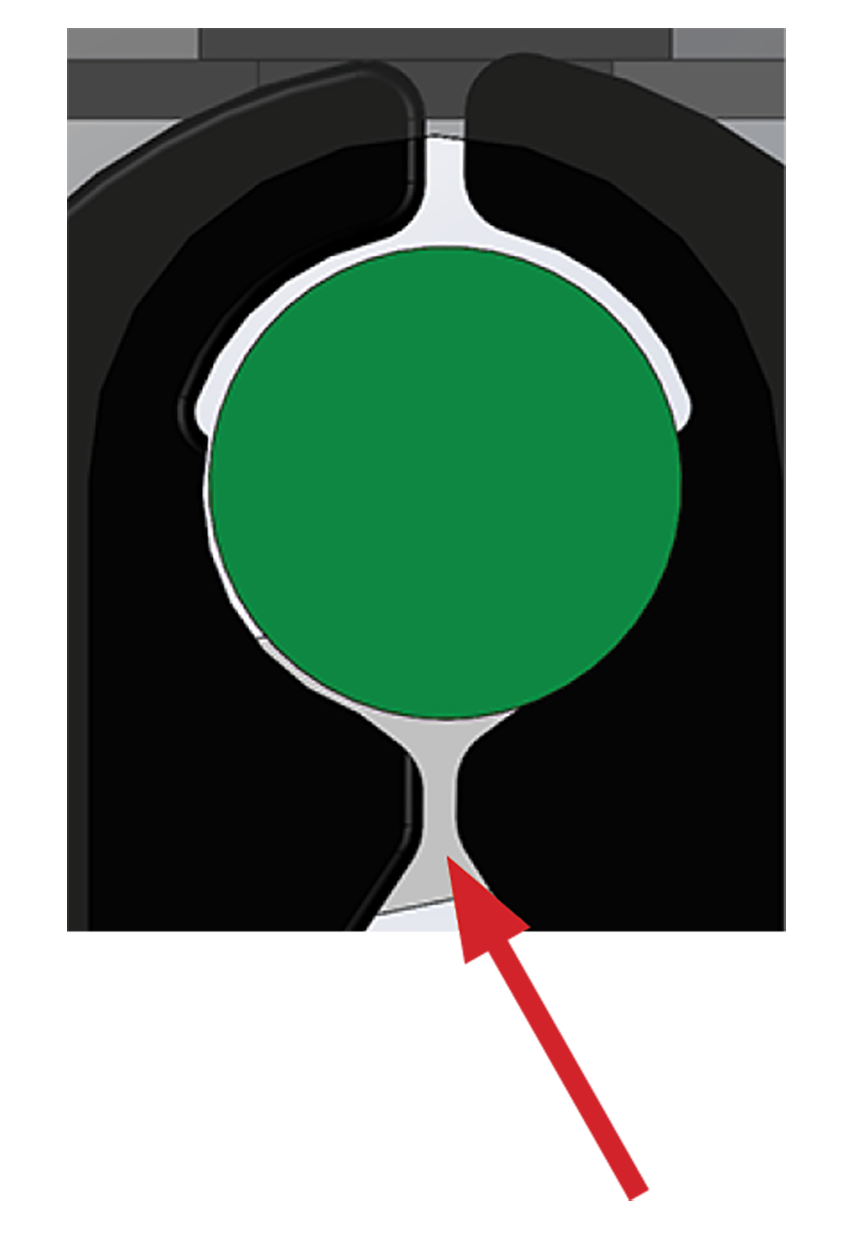 Well, back in the day, that may have been very true, but because consumers were having trouble in the field getting their jaws back open from the curvature of the jaw hitting the king pin, the manufacturers had to “shave” an angle into each side arm, creating a downward slope toward the centerline of the king pin.  So if that king pin puts pressure on either side of that centerline of pull, there is potential for the jaws to come open with excessive force. 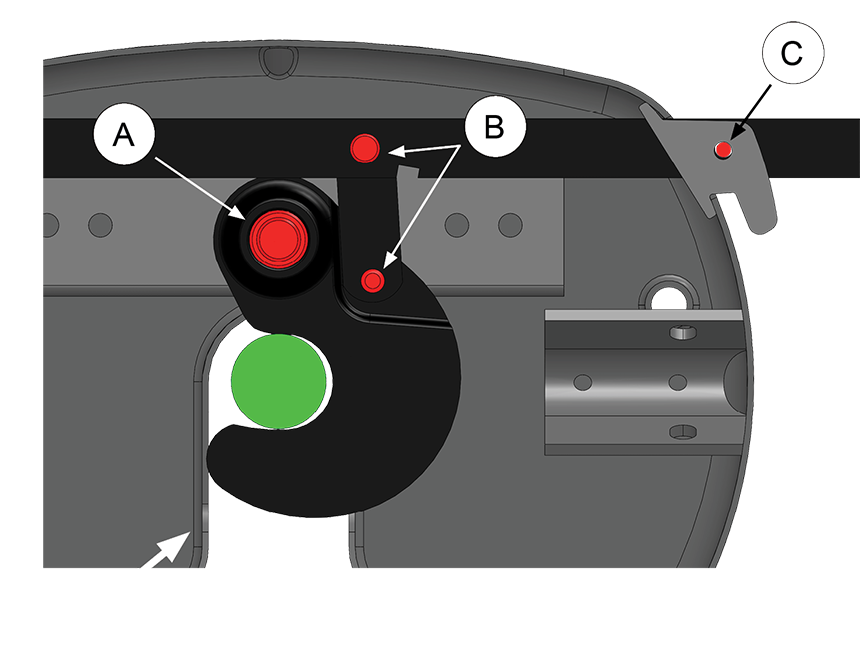 You run into the same basic problem with a HOOK STYLE JAW. Where is the force being applied?  What’s holding that cantilevered jaw in place?  On the illustration below you can see there are four points that hold this jaw mechanism in place.  The main shaft of the jaw, two small 1/2” pins {B} along the arm mechanisms, and one even smaller “safety” pin {C} that “locks” the jaw in place. 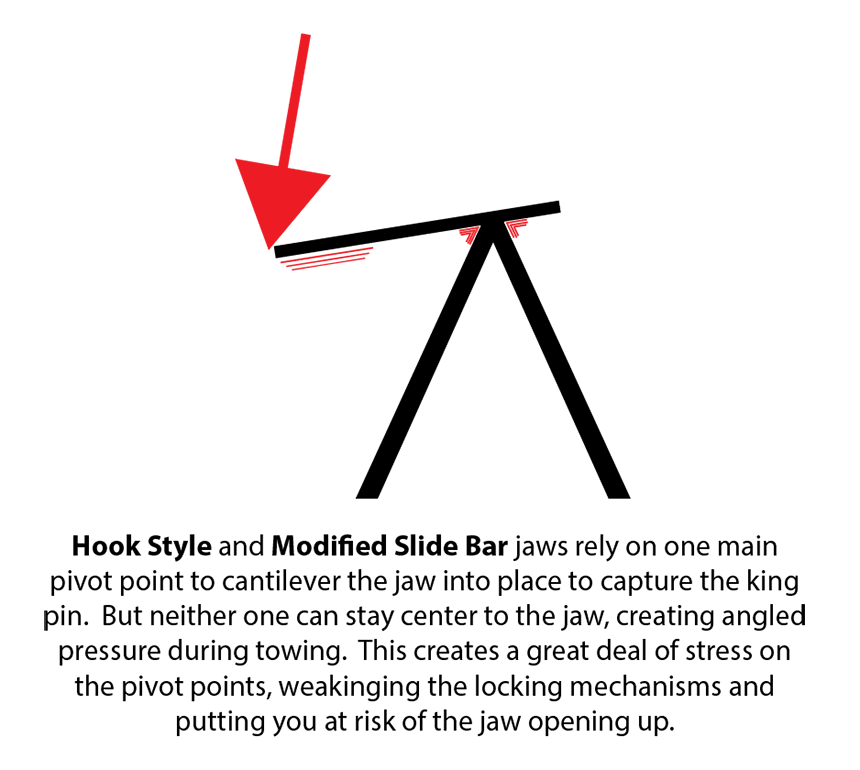 As with the clamshell design, a great deal of force is being transferred into each one of these points.  Though the main support {A} looks beefy enough to take all that force, it’s still only 1-1/2” in diameter which is less than the 2” king pin, (insert argument here...why does it matter that it’s smaller than the 2” king pin?) 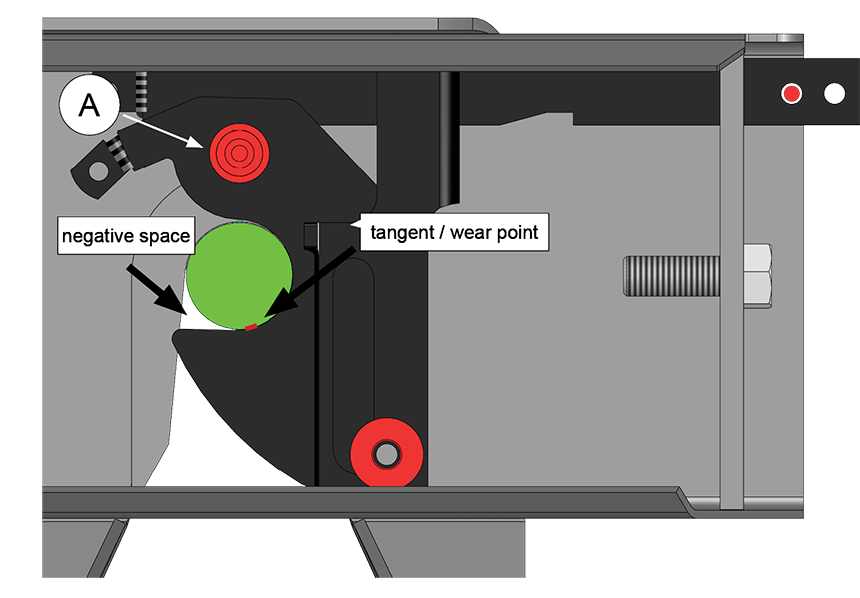 A MODIFIED SLIDE BAR is a “U” shaped jaw very similar to the Hook Style jaw, both in function and flaw.  Both attempt to wrap around the king pin, but because they both work off a pivot point {A}, they cannot sufficiently close the gap, and again, you’re left with negative space for the king pin to move around in, a tangent is created in one spot where the king pin meets a flat surface, and because the jaw is incapable of wrapping around the king pin to hold it central to the jaw opening, you again have the problem of that jaw moving into the negative space and prying that jaw open under prolonged or extreme forces.  Essentially, this design is only slightly better than a Straight Bar type hitch head.

Hardware smaller than the diameter of the king pin is used here, and all the forces created  from towing your heavy trailer is being exerted on just three pivot points.  Refer back to the sawhorse illustration when we discussed Hook Style jaws; the concept is still the same.  You’re relying on 1/2” or less hardware to keep your trailer, and you, safe and secure while towing.

Think of it in terms of fishing.  What kind of hook works best—a straight hook, or one that’s going to trap the fish and keep it in place? 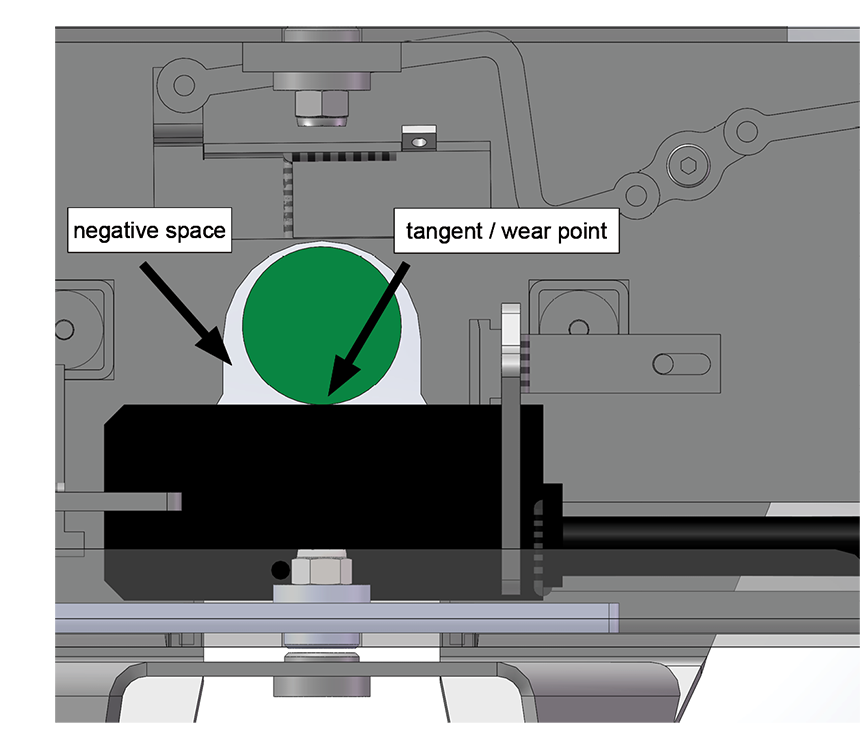 Surprisingly enough, standard SLIDEBAR designs, though simple to operate and very basic, have more of a safety advantage over the hook style and clamshell designs by far.  Essentially, you have a large, straight bar of metal that slides behind the king pin and traps it in place.  So it does a very good job at holding the king pin in the hitch head.  But here’s where it’s lacking—it fails to wrap around the jaw, so it creates a very focused wear point because you have a round king pin pushing against a flat surface.  This causes more negative space for the trailer to move forward and back excessively, making for an uncomfortable ride.

So what does a PullRite, fully-automatic, rotary driven jaw look like and how does it perform in comparison?  Glad you asked!

Our jaw consists of multi-layered, reinforced steel jaw parts that are held securely in place as you can see from these drawings.  A channel is formed between the jaw layers that “lock” our jaw in place and help it turn 140 degrees around the jaw to hold it in place.  Essentially, our jaw is sandwiched between the steel itself, so only a massive amount of pressure could remove our jaw from its installation point; you’d literally have to rip through steel to dislodge it from the hitch head! 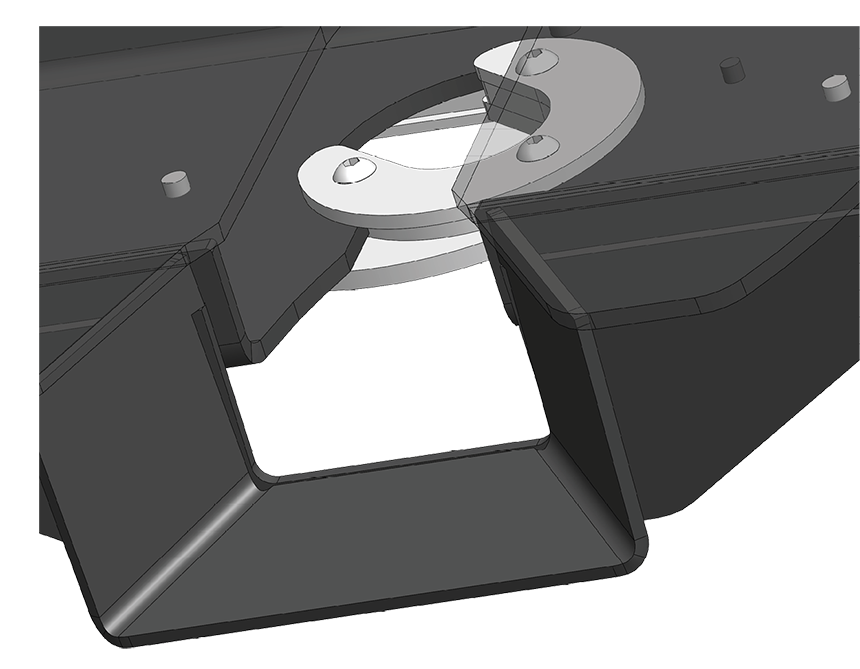 Another advantage to owning a PullRite hitch is the ease of which you can take out the hitch head.  When you want to take the hitch in and out of your truck, you don’t want it to be so heavy, and it would be nice to remove the head lighten the load.  With ours, you simply pull two pins and clips, and you’ve removed 40 lbs. from the overall weight of the hitch, making it easier to take it in and out of your truck.  Other competitor’s hitches are not removed as easily.  Yes, every one of them can come off, but most are pinned and bolted down, and one particular manufacturer has made it so difficult to remove the head from the hitch, a pry bar needs to be implemented.

In order to secure the jaw, you have to reach over quite far, flip a lever, or insert a pin, etc.  Some truck beds are nearly at shoulder heights depending on model of truck.  And who wants to get dirty by rubbing up against your truck?  The advantage is not having to reach over, no steps stool, just check that the jaw is engaged.

The fundamental difference in the hitch heads we’ve shown you comes down to asking yourself a simple question, how much trust can you put into a few pins holding your trailer?  We’re not using scare tactics here, but we have presented you with facts that we’re sure most consumers are unaware of.  There’s a lot of copycat hitch head designs on the market today that try to emulate what PullRite innovation has already achieved.  An easier to use, safer, and dependable hitch—choose the industry leader.

Our precision tolerances are achieved by laser cut parts that we manufacture here in the USA from superior grade steel materials. The plate is easily removed by pulling two pins, making getting your hitch out of the bed a much lighter task. Hooking up is easy and uncomplicated, unlike other hitches on the market. No getting in and out of your truck multiple times during hookup. No getting dirty leaning over a high truck bed to reach safety pins and latches to keep from dropping your trailer. With a PullRite hitch, you pull the handle, hook up, quick safety check and you’re off to a great trailering experience! 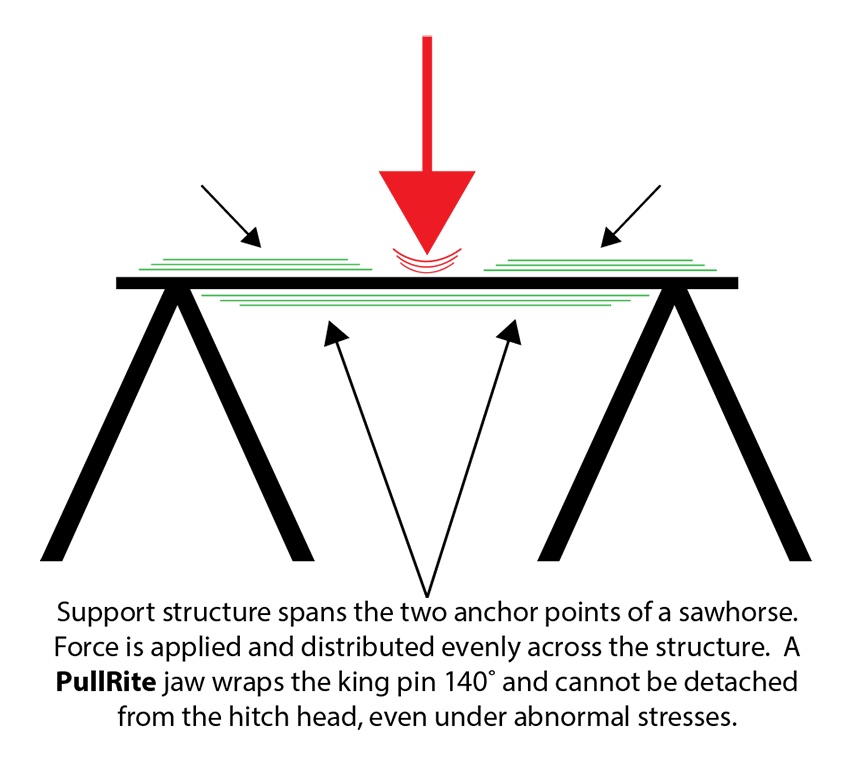 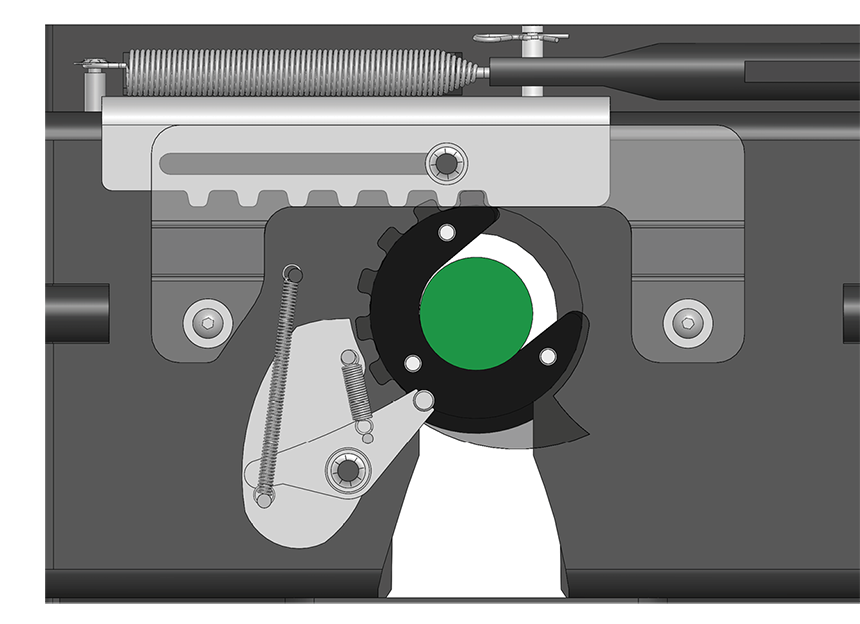 Just look at this chart below and see the difference.  It's easy to see why PullRite has so many advantages over its competitors. 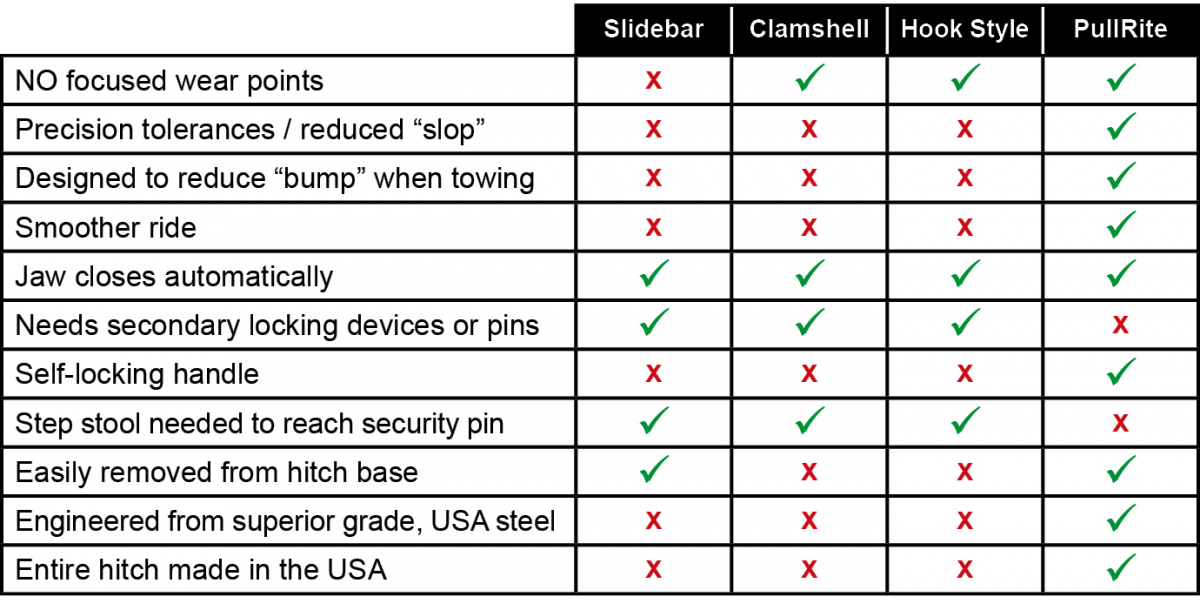